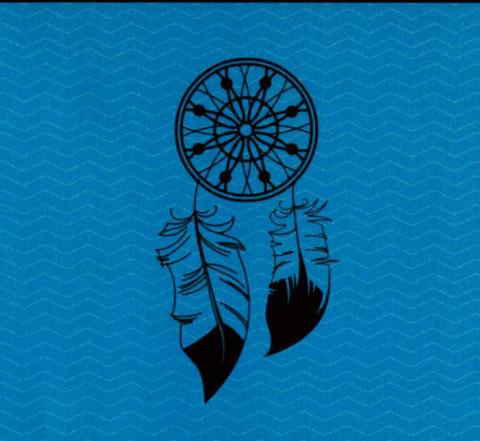 In recognition of the original inhabitants of America, November has been designated Native American Heritage Month. President George H. W. Bush signed a joint resolution in 1990 establishing the month-long celebration of indigenous culture and contributions to the United States.  When we think of First Nations we often consider them in a historical context, but there are 574 federally recognized American Indian tribes and Alaska Native Villages in the United States today, with about 2 million members, according to the U.S. Department of the Interior Bureau of Indian Affairs.

What is it like to be an Indigenous American?  For a glimpse into these worlds we can turn to the writings of Native American authors. Contemporary Native American authors whose works can be found in the HRL’s collection include: Brandon Hobson, David Treuer, Diane Glancy, Duane Niatum, James Welch, Leslie Marmon Silko, Louise Erdrich, Margaret Verble, Rebecca Roanhorse, Robin Wall Kimmerer, Sherman Alexie, Stephen Graham Jones and Tommy Orange.

Then there are the biographies of famous American Indians. This may be a more familiar list: Black Elk, Black Hawk, Chief Joseph, Cochise, Crazy Horse,  Geronimo, Pocahontas, Red Cloud, Sacajawea, Sitting Bull, Jim Thorpe, and Will Rogers.  Biographies place the subject in the context of their time and help to illuminate the history of that era. While not exactly a biography, the story of the Code Talkers is the story of Navajo marines in WWII who used their native language to pass secret messages for the military. It is a story of both individual and tribal ingenuity and reflects a bright spot in the relationship of Indigenous Americans and the federal government.

The history of Indigenous Americans and the subsequent invasion of the Americas is a long and difficult story, but certainly worth knowing about and reflecting upon. The book 1491 provides a look at the Americas before European colonization. The Mayflower explores early encounters between Native Americans and colonists in New England. You may remember the book Guns, Germs and Steel that explains the devastating impact that introduced diseases had on Indigenous populations who lacked immunity. Books about The Trail of Tears, the Indian wars, American Indian history and the organized attempt to eradicate indigenous culture and language are all part of our nation’s dark history.  Learning about these accounts is an opportunity to respect the history of Indigenous Americans. While this part of our American story may be uncomfortable for us now, we get to read about it -- they had to live it.

There are many ways that indigenous culture has permeated into American life. There are countless place names (although likely corrupted in spelling or pronunciation.) Food items first used by Native American include the three sisters (corn, beans and squash), potatoes and sweet potatoes, tomatoes, bell and chili peppers, avocados, pineapples, chocolate and vanilla. Countless medical plants first identified by Native Americans were added to official Pharmacopeia of the United States. We admire the intricate beadwork, rugs and blankets, designs and jewelry crafted by Native Americans. Their myths, legends and ways of life continue to intrigue us. One less tangible but perhaps most important contribution is their worldview. The understanding that we are part of the earth and that all things are connected and should be appreciated. So let us take this opportunity to cook food, read history, biographies, fiction, learn about various tribes and cultures and/or listen to Native American music. We can, in this small way, honor America’s First Nations by celebrating Native American Heritage Month this November.