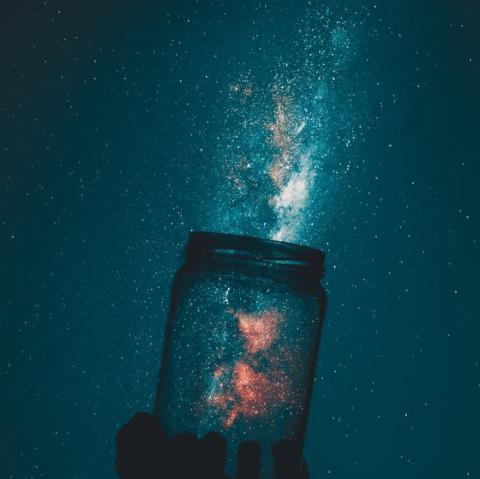 Science fiction is often a misunderstood genre. It's assumed to be universally chock-full of inscrutable scientific or technical jargon (no offense to those who enjoy such things, you are far more powerful than I will ever be), and lacking in things one usually likes to find in stories such as relatable characters, well-plotted stories, and readable prose. But it’s hardly true that such science fiction (often called “hard science fiction” or “hard SF”) offers nothing in the way of enjoyable stories and characters.

There’s also a huge range of subgenres within science fiction. If you don’t feel like immersing yourself in realistic future tech or heady scientific concepts, there are still plenty of amazing books out there waiting for you! This genre is incredibly diverse and fun, and if you let it, it can broaden your horizons in more ways than one.

With that little bit of exposition/hard SF apologism out of the way, it’s time to get into the meat and potatoes of this post: how can we find science fiction stories that we’ll love? To answer this question, I’m going to talk a little bit about some of the more common subgenres within SF and give a couple examples of books and authors to check out.

Two of the most common subgenres within science fiction are called “hard” and “soft” science fiction. Hard science fiction is, as I mentioned earlier, characterized by a focus on scientific realism in the realm of natural sciences such as physics and astronomy. Some well-known works of hard science fiction include The Martian by Andy Weir, Contact by Carl Sagan, and Jurassic Park by Michael Crichton. You might notice that these books have very different subjects (a single person surviving on Mars, a first contact story, and a scientific experiment gone awry) but they all share the trait of being a fantastical story that is still grounded in reality. Andy Weir’s protagonist battles the harsh environment of Mars, not aliens; the digits of pi are a major plot point in Contact; and the mechanism behind the story of Jurassic Park is the very real science of cloning. If you like stories that stimulate your imagination without straying into the unbelievable, this is the subgenre for you! Other hard SF authors to check out: Kim Stanley Robinson, Isaac Asimov, Arthur C. Clarke, Neal Stephenson, and Nancy Kress.

Though this is a matter of debate, soft science fiction is often defined either as the opposite of hard SF, meaning not concerned with scientific accuracy, or as science fiction that deals more with the “soft” sciences such as anthropology and psychology. A couple of well-known soft SF novels include The Left Hand of Darkness by Ursula K. le Guin, A Canticle for Leibowitz by Walter M. Miller, Jr., and Frankenstein by Mary Shelley. These books tend to explore social and cultural questions and concepts, such as: “Can people from wildly different cultures actually understand each other and form meaningful relationships?” (le Guin), “What happens when all higher knowledge is lost?” (Miller), and “What would happen if the dead could be brought back to life?” (Shelley). You might like soft SF if you enjoy the otherworldly and weird but still like your stories to have compelling characters and interesting questions to explore. Other soft SF authors to check out: Octavia Butler, Ray Bradbury, Frank Herbert, Audrey Niffenegger, and Lois Lowry.

Beyond the hard SF/soft SF classifications, there is a whole universe of SF subgenres to read and enjoy! I’ll talk about a few of them here, and I’m also providing a couple of links for further reading. (Also important to note: many of these subgenres overlap! These aren’t intended to be hard and fast classifications, just helpful descriptors to aid your search for SF fun.)

Perhaps conjuring images of the cheesy SF horror films of the 1950s, alien invasion stories tend to be dark, humorous, or both. H.G. Wells’ War of the Worlds is one of the most famous in this subgenre, but also check out The Andromeda Strain by Michael Crichton, Manifold Space by Stephen Baxter, and the Southern Reach trilogy by Jeff Vandermeer.

Cyberpunk SF tends to be dystopian, taking place in grim alternate realities where the world is dominated by computerized technology. Think The Matrix or Bladerunner with their dark tones and cybernetic enhancements. If you’re a fan of these gritty stories, check out Snow Crash by Neal Stephenson, Altered Carbon by Richard K. Morgan, and Nophek Gloss by Essa Hansen.

Space opera novels tend to be bombastic, over the top, and high stakes. Imagine the feelings you get when you watch a Star Wars movie, but in book form. Expect lots of epic battles in space, damsels in distress, and exotic looking planets and aliens. If you don’t feel like committing to reading the vast catalog of Star Wars tie-in novels, check out The Long Way to a Small, Angry Planet by Becky Chambers, the Expanse series by James S.A. Corey, and Dune by Frank Herbert.

Fairly self-explanatory, dystopian SF takes place in a nightmare world, and utopian in a perfect world (or at least one better than our own). These types of stories are always fascinating because they paint a picture of the author’s deeply held values, and they provide us with a look at what our world could be, whether aspirational or a warning. For dystopias, check out The Power by Naomi Alderman, The Handmaid’s Tale by Margaret Atwood, and The Parable of the Sower by Octavia Butler. For utopias, try Pacific Edge by Kim Stanley Robinson, The Dispossessed by Ursula K. le Guin, and Station Eleven by Emily St. John Mandel.

Science fiction at its most fun is the light SF subgenre! Comedy and the weird go hand in hand, and in fact one of the most well-known SF novels ever written was a comedy! I am of course talking about Douglas Adams’ The Hitchhiker’s Guide to the Galaxy, but for more out-of-this-world fun, check out Space Opera by Catherynne M. Valente, To Say Nothing of the Dog by Connie Willis, and Redshirts by John Scalzi.

There are dozens more subgenres I could talk about, so here is a link to a handy list of SF subgenres (with recommended books and authors!) to peruse at your leisure. You can also find a fun article here discussing the hard SF/soft SF classification, with a made-up “scale of hardness” to apply to popular SF literature. I hope this post has shown you a side of sci-fi you hadn’t yet seen, and inspired you to try something new!