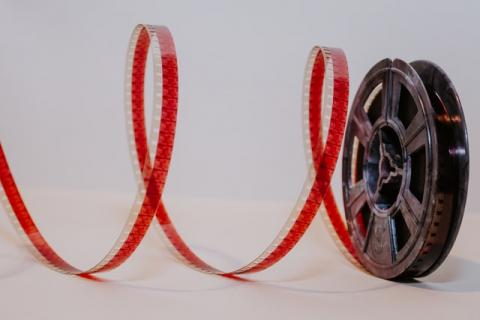 The Show Must Go On!

When you think about public library offerings for patrons, material books are usually the first thing that comes to mind. Handley Regional Library System has a lesser known collection of unique DVD movies donated by partner Winchester Alamo Film Club that would satisfy even the greatest fan of cult, foreign, and independent films.

Search the film club DVDs in our catalog now.

Originally shown in the local theater for their members, the Alamo Film Club over the years has donated more than 700 DVDs that library patrons can now enjoy at home at their leisure, of course, free of charge!

Last year, the Alamo Film Club featured actor Matthew Modine in a week’s worth of screenings, and he even took the time to tour the Handley Library, which thrilled us and our patrons alike. Some notable films he has starred in includes, “Vision Quest”, “Birdy”, and “Memphis Belle”, all available to check out.

Their mantra is to support art house (like Armando Iannucci's THE DEATH OF STALIN), independent (like Jim Cummings' THUNDER ROAD), classic (like Fritz Lang's METROPOLIS - their first Film Club movie), cult (like Melanie Griffith's ROAR), and documentary (like the impressive film DOLORES). If you find yourself reading this list and not recognizing any of these titles, now is the chance to discover them and find out why Film Club has fallen in love with these new favorites.

How do you find these special DVDs, you ask? When searching in the catalog type ‘winchester film club’ in the search bar. Of course, staff at the Information Desk can always assist you in your search. There are so many to choose from, so why don’t you take a bunch home and have your own film festival screening in your living room?

Published by Cheryl Nakagawa on
September 18, 2020