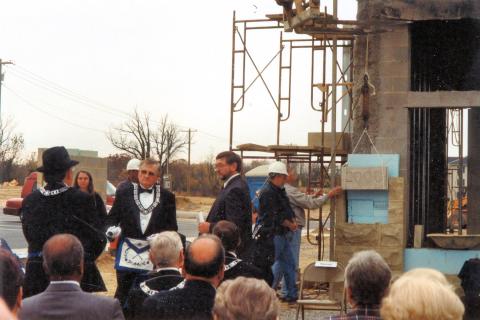 How many of you have been patrons of the Handley Library long enough to remember a time before the Bowman Library branch existed? What are your memories of its building and its opening?

20 years ago, on November 4, 2000, the Winchester Hiram Lodge conducted a ceremony setting the cornerstone for the Bowman Library. The stone was taken from the Handley Library building during its 1999-2001 renovations, as a way of symbolizing the unity of the regional system.

Bowman opened eight months after the ceremony in July 2001, but setting the cornerstone still marked a significant achievement in the expansion of the Handley Library System to a larger collection and a wider audience.

Published by Kylie Feiring on
November 04, 2020