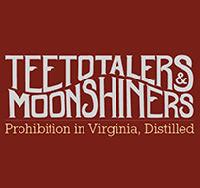 Visit the Teetotalers & Moonshiners exhibition on display at Bowman Library December 10 through January 17.

Distilled from the Library of Virginia’s 1,200 square foot exhibition (on view through December 5, 2017), Teetotalers & Moonshiners uses the Library’s deep and compelling collections on this era, from humorous sheet music mocking the absurdities of Prohibition to blazing headlines in anti- and pro-liquor newspapers and broadsides. At the core of the story are the records of the state’s Prohibition Commission, which record the daily activities of its agents. A digital interactive component documents statewide prohibition trends and tells the personal stories of commission agents, bootleggers, and moonshiners.

Published by Adrienne Davis on
October 31, 2019