Judge Richard Parker, A Man of His Times 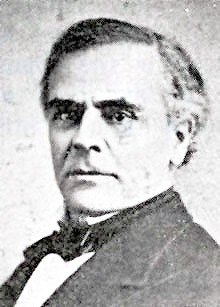 Adults
Please note you are looking at an event that has already happened.

Judge Richard Parker, a graduate of University of Virginia, had been elected judge of the thirteenth judicial circuit in Virginia in 1851.   Parker was living in Winchester when he served as the judge in the trial of John Brown and his men after the raid on Harpers Ferry in 1859. He lived in Winchester until his death in 1893.

Presenter:  Trish Ridgeway has published several articles about Judge Parker and is working on a book about him.She continues to find new and interesting facts about a man few people know much about, but was famous in his time. Trish and her husband Harry, opened the Old Court House Civil War Museum in Winchester in 2003. Recently the Shenandoah Valley Battlefields Foundation took over the operation of the museum.