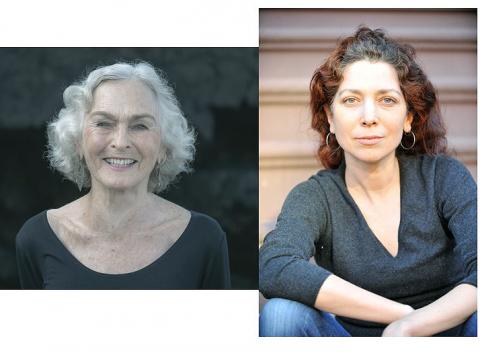 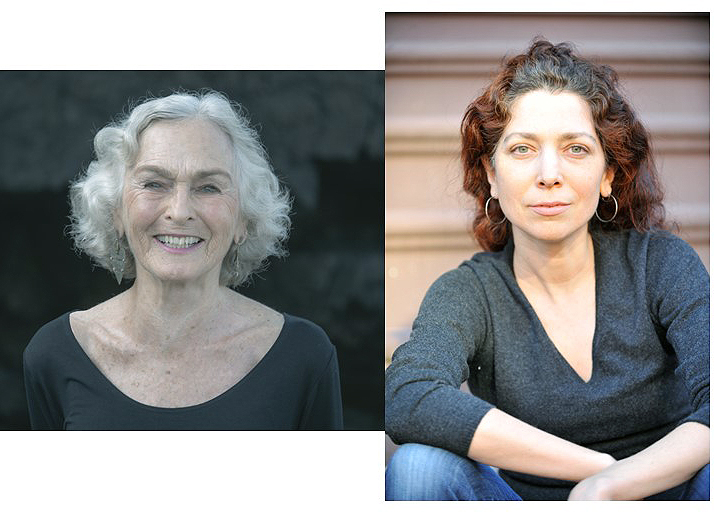 Adults
Registration for this event is no longer open.

Interested in World War II?  Meet two authors who have published books set in this time period. There will be time for Q & A after they both talk about their books.

Sandell Morse is the author of THE SPIRAL SHELL, A French village Reveals its Secrets of Jewish Resistance in World War II. She has published widely in literary magazines including  Ploughshares, the New England Review, ASCENT, Fourth Genre, Solstice, and Brevity. Morse has won awards from the Maine Writers and Publishers Alliance, been nominated for two Pushcart Prizes and for Best of the Net. She has been an associate artist at the Atlantic Center for the Arts, a Fellow at the Virginia Center for the Creative Arts, and been awarded residencies from Wildacres and Hewnoaks. She lives in Maine.

L. Annette Binder was born in Germany and immigrated to the United States as a child. The Vanishing Sky, her debut novel, tells the story of a German mother trying to hold her family together during the final months of World War 2. The novel is a New York Times Book Review summer reading pick and an Indie Next pick. It has been called "a masterful story of war, horror and love" and "magnificent" (the Seattle Review of Books). Annette's short fiction has received the Mary McCarthy Prize, the Pushcart Prize Anthology and has been included in the Penn/O. Henry Prize Anthology and performed on Public Radio's Selected Shorts.

The Spiral Shell: A French Village Reveals Its Secrets of Jewish Resistance in World War II

There are times in each of our lives when we make a journey that takes us beyond the physical place we’ve ventured in order to reveal a different, greater sense of ourselves and our place in history. For author Sandell Morse what started out as a research project became an unexpected rediscovery of identity and faith. In this haunting memoir, she uncovers long silenced stories of bravery and resistance among the civilians of a small town in France during WWII, and in turn finds deeper meaning and understanding of her own Jewish heritage. After the war, as the author describes, “truth went underground” and the stories of those who resisted and escaped were left buried and unheard. Morse gradually befriended and gained the trust of several individuals who shared their stories of bravery and resistance during that harrowing time. In a narrative that unfolds and overlaps both past and present, the author in turn discovers truths about her own life and Jewish history, denied her in childhood, and that she now more fully comprehends in light of the brave and selfless actions of those who chose to fight against bigotry, oppression, and genocide.

For readers of Warlight and The Invisible Bridge, an intimate, harrowing story about a family of German citizens during World War II.

In 1945, as the war in Germany nears its violent end, the Huber family is not yet free of its dangers or its insidious demands. Etta, a mother from a small, rural town, has two sons serving their home country: her elder, Max, on the Eastern front, and her younger, Georg, at a school for Hitler Youth. When Max returns from the front, Etta quickly realizes that something is not right-he is thin, almost ghostly, and behaving very strangely. Etta strives to protect him from the Nazi rule, even as her husband, Josef, becomes more nationalistic and impervious to Max's condition. Meanwhile, miles away, her younger son Georg has taken his fate into his own hands, deserting his young class of battle-bound soldiers to set off on a long and perilous journey home.

The Vanishing Sky is a World War II novel as seen through a German lens, a story of the irreparable damage of war on the home front, and one family's participation-involuntary, unseen, or direct-in a dangerous regime. Drawing inspiration from her own father's time in the Hitler Youth, L. Annette Binder has crafted a spellbinding novel about the daring choices we make for country and for family.

Ready to buy your own copy as a gift to yourself?  Here are links to The Winchester Book Gallery.