Watch the Skies This Month for the Geminid Meteor Shower 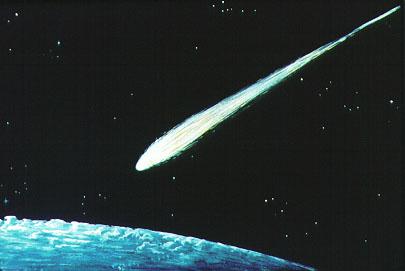 The Geminids are a favorite meteor shower, with the peak occurring this year on Sunday December 13. Undoubtedly, it was a Geminid meteor I saw one December night as a child, with my brothers, walking around our neighborhood looking at Christmas lights. Several characteristics help to make the Geminids a favorite. This shower can produce several meteors per hour, it is second only to the Perseids in August. Here, in August, the sky can be hazy with humidity impacting the view. December brings crisp air and the possibility of clearer skies. The other appealing aspect of the Geminids is that it goes on through the night. Some meteor showers (such as the Perseids) are best viewed in the pre-dawn hours. Fortunately, the Geminids can produce meteors anytime during the night.

Meteors, also known as “shooting stars” or “falling stars”, can occur randomly at any time. Meteor showers are predictable events that occur every year about the same date. The earth’s orbit passes through debris (dust and rocks) left by comets, that burn up in the earth’s atmosphere sparking the meteors. As you may have guessed from the name, for this shower meteors will tend to radiate from the constellation Gemini. It can be helpful to familiarize yourself with the constellation to orient your viewing. Not sure which constellation is Gemini? (Hint: It is between the bucket of the Big Dipper and Orion.) No worries, we have sky guides in the library to help you brush up on what is visible the night sky such as: Backyard Guide to the Night Sky and The National Geographic Night Sky of North America.

Our solar system, galaxies and the universe are such fascinating subjects! The Planets by Dava Sobel provides a guided tour of the planets in our solar system. We have books on individual planets such as a Travelers Guide to Mars and How I Killed Pluto and Why it Had it Coming. The planet Mars is very bright now and is visible for much of the night. Saturn and Jupiter are nearly conjunct (in alignment) in the western sky but will have set by 7 PM. Look for them right after dark (45 minutes after sunset). Brushing up on the constellations and reading about the planets and cosmos will give you something to think about and talk about as you gaze into the heavens.

The Night Has a Thousand Eyes is a guide to viewing the heavens but also presents lore, legend, and science. Earth-Shattering delves into supernovas, galactic explosions, biological mayhem, nuclear meltdowns, and other hazards to life in our universe. People and the Sky  “explores how ancient hunters, farmers, sailors, rulers, and storytellers were once all cosmically grounded.” Light of the Stars  “tells the story of humanity’s coming of age as we awaken to the possibilities of life on other worlds and their sudden relevance to our fate on earth.”

Enjoying meteor showers reminds me of fishing or baseball. If you enjoy being on the water or at a game with friends, then it does not matter so much if you catch a fish or your team wins the game. This approach works well with meteor showers too.  You may not see any meteors and you must be prepared for that result. You need to enjoy gazing at the night sky, be patient and put some time in to be successful at seeing meteors.

Armed with patience, some idea of which direction to look, and a good attitude, there are a few more things needed. Dark skies are essential. The moon, especially in the weeks before and after full, can wash out meteors. Fortunately, for this year’s Geminids the moon is new on December 14, so moonlight will not be a problem. However, with the amount of artificial light in our world, finding dark skies still can be. Scope out potential sites beforehand (you will need an open area, so that trees or buildings are not blocking the view.) Dress warmly, (very warmly since you will not be moving) and bring a blanket. The best position for sky watching is on your back. If you have lawn furniture that allows this, then set it up. If not, lie on a blanket (over a tarp to keep moisture from seeping up). Finally, weather will make or break the show. We need clear skies, so -- fingers crossed!