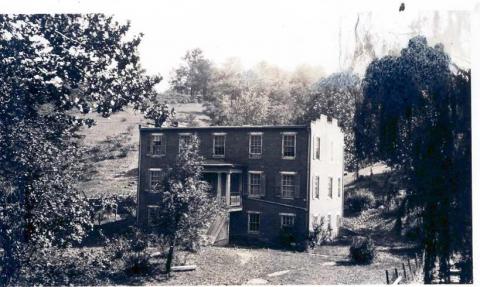 Did you know that a famous classic American writer was originally from Frederick County?  When people think about Willa Cather (1873-1946), they often associate her with the Midwest (she spent her teenage and college years there, and many of her novels are set in the Midwest), but actually Cather spent much of her childhood in our neighborhood.

Willa was born at the Boak House in Gore, and the next year moved with her family to the house known as Willow Shade, about a mile to the east.  She lived in that house until the age of nine, when her family moved to Nebraska in order to escape the turmoil after the Civil War.

Between 1912 and 1940, Willa wrote about seventeen novels that illustrate the American experience.  Her last novel, Sapphira and the Slave Girl, is set in Virginia and may provide some insights into the Antebellum turmoils during her childhood in Frederick County.

Those who enjoy classic literature may read many of Willa’s books from home on Libby and Hoopla.