All branches will be closed on Saturday, June 19, 2021, in observance of the Juneteenth holiday. 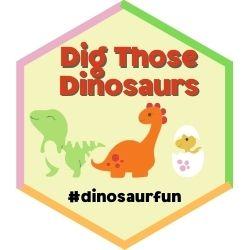 We’re digging dinosaurs this week for our storytime theme and we have some dinoriffic books to share! You’ll find them when you type in the tag: #dinosaurfun into the search bar above. Look for books such as Stomp, Stomp! A Dino Romp by Bob Kolar, Dinosaur vs. the Library by Bob Shea, Dinosaur Colors by Paul Stickland, Tiny T. Rex and the Impossible Hug by Johnathan Stutzman, How Do Dinosaurs Learn to Read? By Jane Yolen, Dino-Football by Lisa Wheeler, We Are the Dinosaurs by Laurie Berkner, Dinosaurs, Dinosaurs Byron Barton, The Really, Really, Really Big Dinosaur by Richard Byrne. 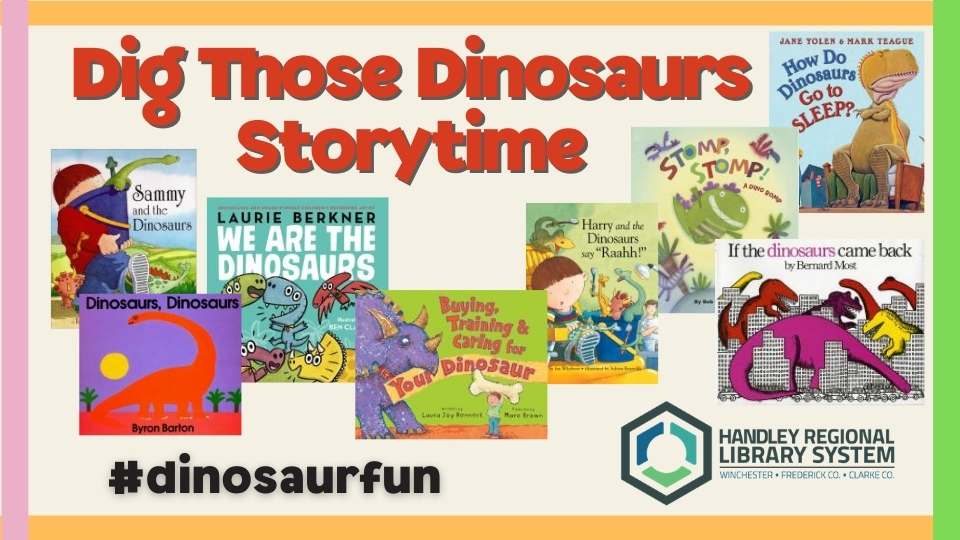 You can even place these books on hold right on the website and we’ll call you when they’re ready to pick up. While you’re on the website, be sure to check our library calendar to see what online events we have happening this week too.

Music and literature make a dynamic dinosaur duo, so here are some songs, fingerplays, and rhymes for some extended play time this week.

Dinosaur Pretend
Spread your arms, way out wide,
Fly like a Pteranodon, soar and glide.
Bend to the floor, head down low,
Move like Stegosaurus, long ago.
Reach up tall, try to be
As tall as Apatosaurus eating on a tree.
Using your claws, grumble and growl
Just like Tyrannosaurus on the prowl.

Published by Cheryl Costello on
October 18, 2020