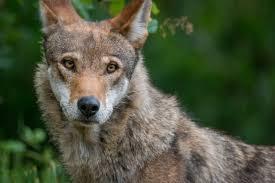 Adults , Families
Registration for this event is no longer open.

The critically endangered American Red Wolf is the most endangered species of wolf and one of the world’s most endangered mammals. They are only found in the United States.Over the past year filmmakers Justin Grubb and Alex Goetz have been working with Conservation Centers for Species Survival, the Endangered Wolf Center, US Fish and Wildlife and a host of other institutions all dedicated to saving America’s rarest mammal to create an educational film aimed at inspiring action to prevent this animal’s second extinction in the wild.

About our guest filmmakers and guest presenter.

Justin Grubb is a filmmaker, photographer, published writer, naturalist and co-founder of Running Wild Media. Justin earned his B.Sc. in Biology at Bowling Green State University and is currently earning his Masters of Biology at Miami University. With years of international wildlife field research and formal/informal teaching experience, Justin combines these two fields with media to enhance science communication. Justin’s love for nature and passion for the outdoors has brought him to some of the most extreme habitats on earth to film critically endangered wildlife. He is a 2017 Emerging Wildlife Conservation Leader, a Nat Geo Wild "Wild to Inspire" award winning filmmaker and member of the Explorers Club.

Alex Goetz is a two-time Emmy nominated wildlife filmmaker and photographer, who has been recognized by National Geographic WILD as winner of the 2016 "Wild to Inspire" film competition, and is the co-founder of a production company called Running Wild Media, that specializes in wildlife and conservation filmmaking. An Ohio native whose work has been featured on Nat Geo WILD, his extensive travels have taken him from the countryside of Tasmania, to Alaska, the vibrant islands of Marshall Islands, and road-tripping around four amazing African countries filming wildlife and conservation efforts. Alex is a 2019 Emerging Wildlife Conservation Leader, 2019 NAAEE 30 under 30, TEDxToledo 2017 speaker, and a 2013 graduate from Bowling Green State University, with a degree in Film Production and Environmental Science

Guest Presenter, Dr. Nucharin Songsasen is the Center Head of the Center for Species Survival, Smithsonian Conservation Biology Institute. Her research focuses on developing innovative technologies to rescuing valuable genetics from wild canids and felids. She also has developed partnerships with national and international governmental and non-governmental organizations to conduct multidisciplinary studies that address threats to the sustainability of wild canids living in zoos or nature. Nucharin has adjunct appointments at the University of Maryland, Cornell University and George Mason University. She is also the coordinator of the AZA’s Maned wolf Species Survival Plan. Nucharin received her DVM from Kasetsart University (Thailand), her MSc and PhD from the University of Guelph (Canada).

Funding has been provided by Virginia Humanities and the National Endowment for the Humanities (NEH) as part of the Coronavirus Aid, Relief and Economic Security (CARES) Act economic stabilization plan of 2020.  For more information, please visit www.VirginiaHumanities.org