New to Digital Collections! The Journal of Alexander Balmain 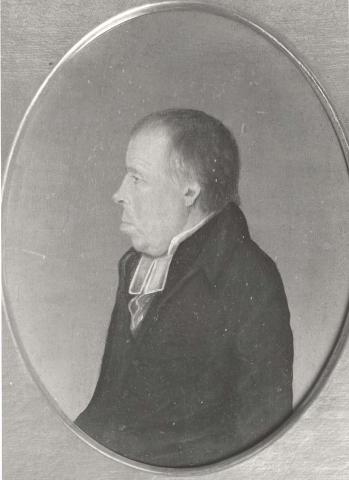 New to Digital Collections! The Journal of Alexander Balmain

The Stewart Bell Jr. Archives Digital Collections now includes the Journal of Rev. Alexander Balmain, the rector of Frederick Parish from 1782 to 1821. The journal covers the years 1777 to 1820 and includes a wealth of information for people interested in the early history of Winchester and its inhabitants.

Balmain was born in Scotland in 1740 and originally trained to be a Presbyterian minister. He first moved to America 1767 to tutor the children of Richard Henry Lee in Westmoreland County. He returned to England briefly to become ordained as a minister in the Established Church. He settled in America for good in 1773 when he became the curate of Augusta Parish in Staunton.

At the outbreak of the Revolutionary War, Balmain became a member of the Committee of Safety and then a chaplain for the Continental Army under General Peter Muhlenberg. He came to Winchester in 1781 and in 1782 became rector of Frederick Parish. The Revolutionary War led to the disestablishment of the Anglican Church in America, but Frederick Parish avoided significant hardship as it became part of the newly established Episcopal Church.

For genealogists, the journal offers extensive records of marriages, funerals, and baptisms for county’s Episcopal congregation, as well as lists of subscribers and records of accounts. It also includes records of enslaved births in the Balmain household. All of these are invaluable sources for locating information about family members before state record keeping began.

In addition to these everyday records of church life, the journal contains Balmain’s thoughts on religion, sermon notes and prayers. He frequently copied letters, book extracts, and other documents into his journal, providing a window into his varied interests and political views during the early years of the new nation. A number of these entries concern the legacy of the Revolutionary War and the Founding Fathers.

In 1786, Balmain married Lucy Taylor of Orange County, a cousin of James Madison. Balmain would later preside over the wedding of James Madison and Dolly Payne Todd in 1794. Balmain and his wife lived in Winchester in a log house furnished with a carpet purchased in England that was, reportedly, the first carpet used in Winchester. Balmain died in 1821 and was buried in the old stone Episcopal Church. His remains were reinterred in 1828 in the newly built Christ Church on Boscawen Street.

The Journal of Alexander Balmain can be viewed online through this link: https://cdm17303.contentdm.oclc.org/digital/collection/christchurch/search

The Archives is currently working on transcriptions for the journal. In the meantime, brief descriptions of each page’s content are provided to assist researchers.